Demonstration in solidarity with the social struggle in Greece 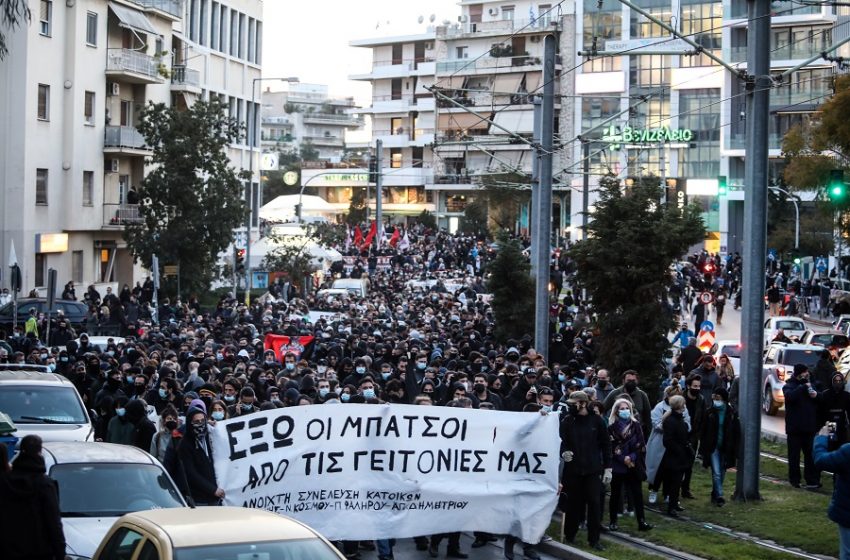 The “Tübingen Initiative for Solidarity” calls for a protest march!

During the last few months, the Greek State has been imposing a series of measures to suppress a growing social movement against the governmental policies. Greece is one of the European countries with the hardest lockdown measures, and the pandemic has offered the perfect excuse for an unprecedented attack to social, civil and working rights. In this context, the government has issued a new law that forbids demonstrations as illegal and penalizes any political manifestation.

In a continuation of the EU-directed austerity measures that have been targeting the working class and dismantling the social domain during the last decade, the right-wing government of New Democracy fulfils the European Union’s neoliberal policies: they privatize the public sector and destroy any remnants of social benefits. While promoting the establishment of private Universities, the government recently hired 1000 policemen as “security force” that will be controlling students and teaching staff inside the public University campuses. At the same time, instead of hiring more doctors and nurses to support the collapsing public health care system, the government finances the private clinics.

As always, the first victims of the State’s oppression are the most precarious and/or resisting parts of the society: the poor, lowest-ranked people of the working class, the refugees and immigrants, the social fighters, the political prisoners. Dimitris Koufontinas, a communist political prisoner, was on hunger strike for 66 days, demanding basic rights as prisoner. In his own words: “The “state of justice”, as they call it all the time, has been fully ridiculed, there is a total disgrace of their own laws. However, what is happening is not only about the systematic extermination of a political prisoner. Nor is it about caressing the far-right fraction of a government that moves more and more towards the far-right. It is about the effort of the State to demolish a person, not for what it is, but for what it stands for, when this person refuses to knuckle under the immense pressure that the system exerts.”

We march in solidarity with the people in Greece fighting against the police-stateand the penalization of political action, fighting for freedom and social justice!

Hands off the social fighters – solidarity to all political prisoners!

This entry was posted in English Texts, Event. Bookmark the permalink.